If you’re after a double oven but don’t have the space, our Split&Cook® technology not only offers two ovens in one, it also delivers high performance. This technology splits the oven in two, allowing you to cook two different dishes at the same time, at two different temperatures. And, if you wanted to, you could remove the divider and take advantage of the huge single oven capacity too. 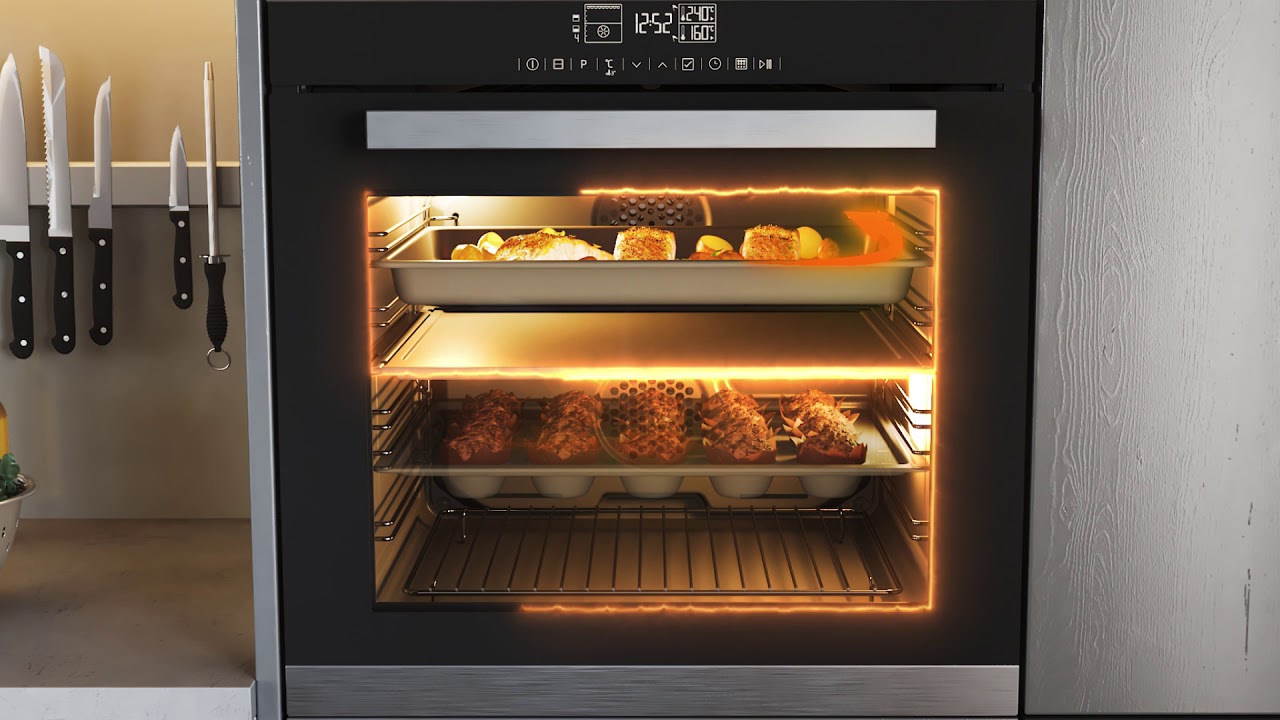 Our Split&Cook® technology offers flexible cooking options to help you save time every day. This technology comes with some of our huge 80-litre capacity built-in ovens to make cooking in a single oven feel like cooking in a double oven. You can use the divider to split the oven in two and take advantage of the cooking flexibility this creates. Once divided, you can use one section at a time to save energy, or you can use both sections at the same time to cook two different types of foods at different temperatures of up to an 80°C difference. This is all made possible thanks to the two separate fans at the back of the oven which are used to power the separate sections after you’ve used the divider to split the oven.

"Allows functions of a double oven within the size of a single oven."

How is an oven with Split&Cook® different to one without it?

A built-in oven with Split&Cook® technology gives you the flexibility of using your single oven as if it were a double oven, thanks to the option of using its divider which splits the oven in two. Not only does this help you to cook two different dishes at the same time, you’ll also be able to cook each of the separate dishes at two different temperatures, helping you save time. In an oven without Split&Cook® technology, you’ll still be able to cook different types of food at the same time, but you won’t be able to control the individual temperatures they might need since only one temperature can be used at a time. Also, since they’ll be cooking within the same oven space, some of the scent or flavour might transfer between the two dishes, which isn’t ideal.

Why would I want an oven with Split&Cook® technology?

Here are the top two benefits of a built-in oven with Split&Cook® technology:

Now that you have all the information you need regarding our Split and Cook ovens, why not browse our range of built-in ovens?